A campaign with Yonder Media South Africa, for KFC is among several that demonstrates AdFreeway's capacity to interpret real-time content voting that predicts and automates programmatic media buying. All media was purchased via The Trade Desk.

AdFreeway presented each of three creatives, for different products to users of its social feed to obtain opinions. A maximum one vote could be cast per user/creative. Each voter caused a dynamic selection from a cohort of millions of inter-connected audience identifiers to be targeted. From these identifiers connected during the campaign bids were prioritized to serve an identifiers' predicted creative preferences. The voting dynamic and interconnections modified predictions in near real-time. This delivered incrementally to the audience and new customers were qualified by significantly lower CPA's and 2 x ROAS. 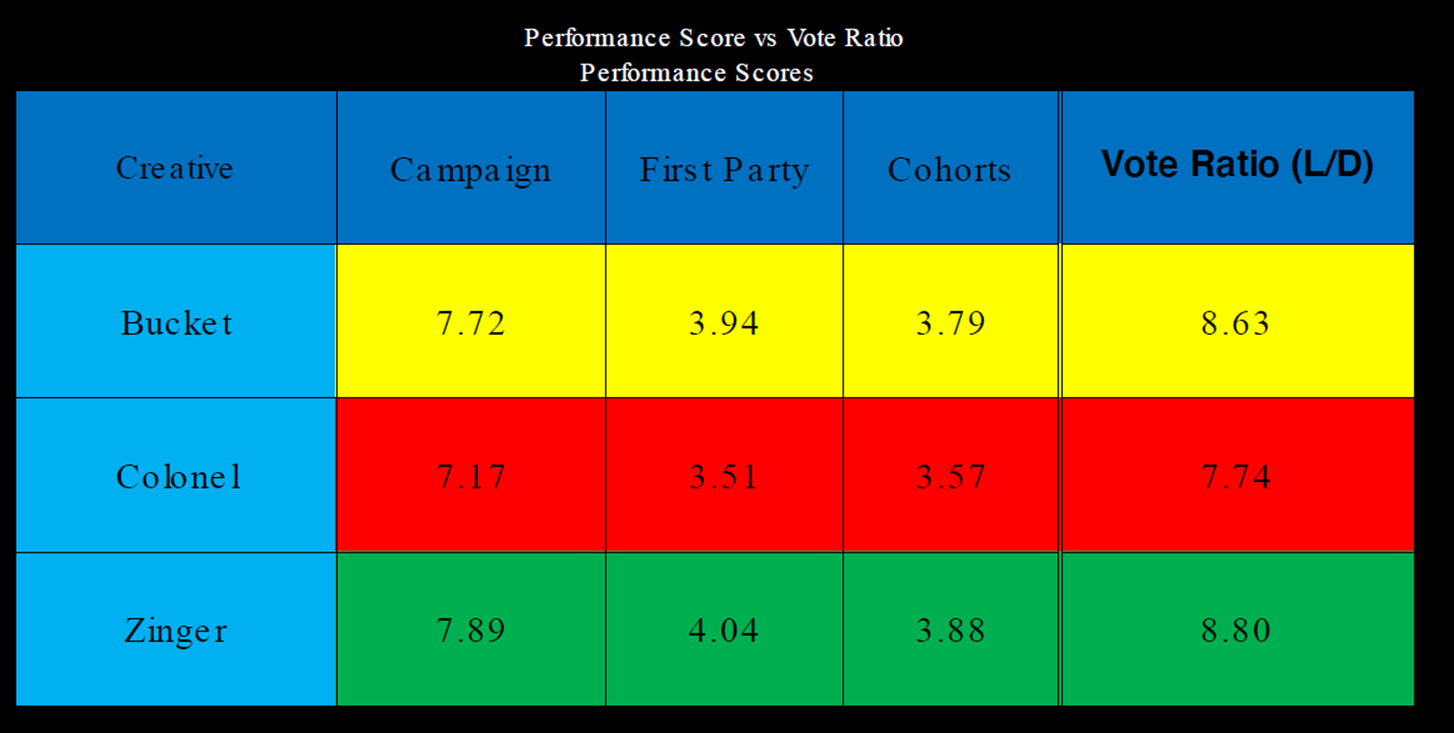 The above table of AdFreeway campaign scores were based on CPA and other performance metrics. This demonstrates that (far right) Vote Ratio (likes/dislikes) align the Cohort with KFC's First Party performance and overall Campaign result.
We continue to improve these predictive algorithms and expect to extend this powerful tool to connected TV in months to come.
A.I. adfreeway advertising agency analytics artificial intelligence digital advertising dispaly advertising identifier predictive programmatic social

At AdFreeway your location on the interent can be very important. Ads voted on and rewards earned at AdFreeway.com, pay out a lower value than the same on ads delivered to you in the wild. There can be a big difference! The wild means web sites and applications other than adfreeway.com  Whats the difference? The face value on rewards you earn. For example the face value of vote and sign-up rewards earned from ads displayed at wild locations, other than adfreeway.com can be worth as much as 2X or more the values for the same actions at adfreeway.com . Your invitation to vote and earn Why is this? Its simple, AdFreeway is a fabricated environment for serving ads. There is less benefit to AdFreeway and its advertisers if that's where you do most of your voting or clicking. However, if you encounter an ad with an invitation to vote (like the image above) and that ad is delivered to you on a web site or application in the wild, be sure to take up the opportunity to earn more by voting a
Read more 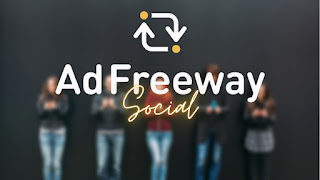 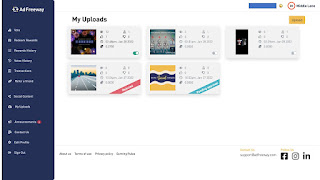 AdFreeway will soon be inviting selected users to test the roll out of its social content network - with a twist. Initially, no messaging, no profiles, just content uploads. Reward tokens will be earned for the upload, for votes on uploaded content and a token commission will be paid to the uploader for votes their content receives.  Development Screenshot This will significantly increase opportunities to earn new tokens in addition to AdFreeway managed advertising campaigns - no more waiting for new ads. AdFreeway social is entirely driven by human interaction, not some artificial intelligence second guessing your next move. As some of you already know, its not that easy to get an approved account because AdFreeway must first be able to serve an ad to you when you visit and use other web sites or applications. Once advertising to you has been successful, your account application will automatically be approved. Then, you're in the system and can begin redeeming tokens for rewards t
Read more