Users have been coerced to give up their private data rights in exchange for platform services like search engines, social networks and web sites. Being coerced may not seem too perverse, but the collective value of each users data is now the basis for several trillion dollars in corporate and shareholder valuations, with no financial benefit accruing to owners of that data.

Historically household data was aggregated by services like Nielsen. Contracts were entered with families who were paid to provide psycho-demographic information and media viewing habits over weeks, months and years. From the 1950's that data was purchased and analyzed to shape the massive industry that television became, but web-site terms and conditions changed the payment model for use of an individuals private data.

So, why should users continue to be singled out and exploited when platform services are being commoditized and the value of private data, in exchange for these services is no longer as enticing as it once was? Isn't it time collectives of individual users demand payment for use of their aggregated private data and act to obtain it?

AdFreeway was born to address this massive, looming ethical issue that has been dormant for almost 20 years. Publishers, advertisers and their agencies are facing a serious conundrum because, like most they accepted and followed the status-quo instead of fighting for the individual and collective data rights of their audiences.

More than 250,000 AdFreeway reward instances have now been issued to users, each redeemable for cash and various ecards offered. As more ad campaigns are booked by AdFreeway for agencies and their clients more reward instances will be paid to users. AdFreeway benefits the collective in ways that engage audiences, align brands, improves the equation for publishers and makes advertising on the internet a more equitable solution for everyone.

Its time for collective action, beginning with this example - https://www.adfreeway.com/vote/dill-pickles 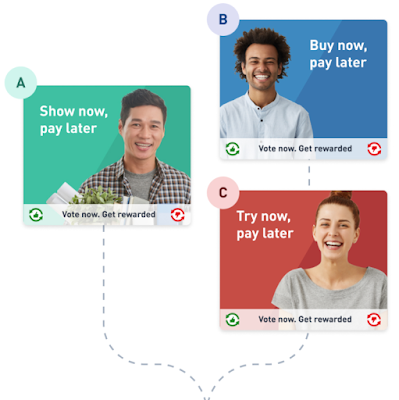 We want to run more ad campaigns for advertisers in South Africa and around the world to bring you more vote and click rewards. If you've received rewards already and you want reward opportunities to increase you can help by sending encouraging messages on social media pages or to web sites to your favorite brands. It will be a big help to us and will increase the number of advertising campaigns we can offer rewards on.  You may not be aware that you are eligible to receive local and international click-rewards, but only local vote-rewards on AdFreeway advertising campaigns run in the country you live. The reason is that voters must be sensitized to local market conditions in order that their voting patterns are relevant for local advertisers. This relevance helps AdFreeway to serve the right ads to the right people at the right time. However, web sites you have visited that are in common with people in international markets could keep you earning click-rewards. Other than voting,
Read more

It pays to vote and register at AdFreeway. Why is that? Because your registration allows you to keep earning from future ad campaigns whether you vote in those campaigns or not. We have already shown our registered users that, even after one year their connections in our AdGraph remain as relevant to current advertising campaigns and therefore their potential to earn continues. Initially we connect your temporary advertiser ID to other ID's based on associated URL's collected during our frequent attempts to buy and deliver you advertising impressions. Once you vote and register your URL's become permanent and can provide ongoing, important links in our AdGraph. These links may connect a vote preference to ID's to enhance the delivery of advertiser messages. In the image above like or dislike votes for the blue, brown or green ads can preferentially inform which ad to serve to which ID's, based on their URL overlaps with other ID's that are more likely to agree a
Read more 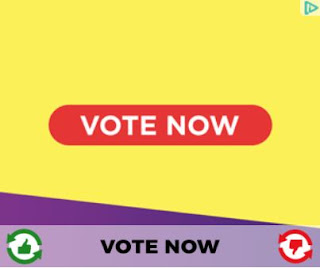 Why would AdFreeway pay $3 per vote on an advertisers campaign creatives? We do so because a balanced advertising ecosystem is more productive for brands and audiences.  AdFreeway's Audience AdGraph is better explained using data from the present education campaign in South Africa where we are pre-emptively educating defined audiences ahead of a display media campaign for WPP agency Yonder Media client.  Part 1 of campaign with 'Vote Now' invitation Part 2 with no 'Vote Now' invitation The primary campaign objective is 'Vote' - 'Like' or 'Dislike' earns the same reward, secondary is 'Click' which redirects to adfreeway.com/vote . Voters are rewarded R30 for the first vote and R15-R30 each subsequent vote and can redeem immediately. A|B|C creatives start out with equal campaign budgets but, rate of spend adjusts competitively based on impression URL's to audiences and votes. The display campaign running via The Trade Desk builds &
Read more